Run when you can, walk if you have to, crawl if you must, just never give up!

The quote spoke life to me because I literally did all of those at the end of my grand slam quest of the Mapawa Trail Run Series 2018. Less than a week ago, I was able to redeem myself from my failed attempt to earn a grand slam finish last year. The recent Ultra Trail Fifty finish was truly one for the books for me. It was very memorable as it brought me from my lowest to lowest to my highest to highest physically, mentally and emotionally. Me and my team prepared for it, we trained hard, made Mapawa our training and playground for almost 2 months. I personally had guidance from a seasoned ultra trail runner so I was kind of confident that I’ll make it to the Finish Line in one piece this time. Goal was to finish strong but first get pass through the initial cutoff (9 hrs) as it was at this point last year that our 50km race ended then be at the finish line before the cut-off.

Race day, we were more excited than nervous. It was great to see friends from the growing trail running community in Mindanao, most of them I just see on Facebook. Personally met some elite trail runners too and also met new friends.

Gun start was at 12:30AM and we were expected to get to the 30th kilometer 9 hours after or earlier, otherwise, we will be cut off from the race. We’ve already gone through most of the parts of that first 30km of the race during our trainings so the team already knew what we were up against. The challenge was running in the dark! I personally struggled as my headlamp died on me 2 hours after so I had to rely on that little flashlight I brought with me as an emergency backup. It was hard going through technical downhill routes with a flashlight on my right hand. Then after the second aid station (15th km) it rained and it was great actually running under the rain, it added extra energy boost. We just have to deal with slippery muddy downhill, I literally had to crawl on one long slippery downhill route! hahaha! It was an extra challenge but fun. I was pacing with Pla, one strong warrior! We were very conscious with the time so we made sure we ran everytime we get the opportunity to do so. We got to the 30th kilometer aid station after 7hrs and 30 minutes. That means we at least have extra one hour and thirty minutes for the next 20 kilometers to finish the race.

Approaching the 30th kilometer mark, the Koreano Aid Station, intermediate cutoff. Goal 1 accomplished. It is still 8:00 in the morning but energy was draining and it’s about time we recharge! Bath and arroz caldo at the Aid Station shortly after this photo. Thanks to Glairold Recella for this

We were so confident we will finish the race 2 hours before the cut-off! Little did we know, we are in for a pure pain after that 30th kilometer cut-off! The next 20-kilometer was sadistic as the trail runners called it. I say, Brutal is an understatement! We thought we will only go through one high peak (Monte Vista peak) to which we are pretty much accustomed already as we’ve been through that peak couple of times in both official races and trainings. Little did we know, that was only sort of a sneak preview of what’s to come next! The last 20 km was absolutely grueling, unlimited uphill and long stretches of downhill which actually almost compromised my knees.I was already feeling my knees wobbling at some point and felt my heart palpitate that I asked my partner for us to stop for 2 mins and slow down with our pacing a bit. Very carefully and mindful of my condition, we continued to push.

Descending Monte Vista Peak – we thought Calvary was over and the next few kilometers will be a walk in the park! but heck no! Photo by: Rox Roldan

Meycauayan Peak or Bobong Tower, I am not so sure what’s the name of this place. But this is the highest peak we had to conquer. Me and my pacing partner Pla, went through this peak 12noon! torture!

My last 4km was for me the real test. I was left alone by my pacing partner as I was giving up running due to exhaustion! She wanted me to push because she knew I was vying for the grand slam. She took off with the hope that I’d follow suit. I actually did, pushing but she was too fast (girl! where did you get all the energy after that cruel 48kms we went through? lol!). I was aware I had like 35mins to go before cut-off and my spirit broke when I saw I still had quite a long uphill assault to go! Honestly at that point, the thought of declaring DNF (did not finish) came to mind. Then my coach’s words rang in my head reminding me that I can do it! He’ll finish me if I will not finish it or dare go DNF! hahaha! Alone, panicking, exhausted, and wanting to finish at the same time, I carefully put one foot infront of the other going up. Seriously, I was too tired, I stopped at one point and sat in one area for a minute or two to catch my breath. Asia Trail Master’s elite Tomohiro Mizukoshi reached the top of that last assault and I saw how exhausted he was too! (he was running 80km) but he kept on pushing though wobbling. I stood up and continued climbing, walking, running. The last 16 minutes was memorable! The girl who was tailing me from Aid Station 3 is now walking closely behind me. We were going into the last forest about 1km away from the finish line, the photographer said, you’re almost there, just one push and you’re there! I was telling the the girl behind me, let’s just get to the finish line and get this over and done with even if we cross there beyond cut-off. She said, it’s already 3:14PM (cut-off is at 3:30). I pretty much know that last 1km route so I was confident we will still make it before 3:30PM, so without a word, I ran and pushed hard! I was seriously beaten up already and I don’t know where did that last 1km strength came from! I ran, and the lady behind me followed me! And walah! we got to the finish line in 11 minutes (5 minutes before cut-off!) CRAZY! We were the last batch to cross the finish line along with another guy before cut-off. How’s that for a grand slam finish? 😀

Me and Juhaira – last 16mins to cut-off! Slowed down a bit here but after crossing, we ran again and pushed harder! Didn’t know at this point that she was also for a grand slam finish.

As most of my seasoned trail runner friends would say, ultra trail run races is a mental game. You have to be mentally tough, otherwise you will surely give up. Your body can withstand almost anything, it’s your mind you have to convince. The mental part comes at the toughest point of the game where your body has come to the point of being beyond exhausted! At this time in the race your strength would stem from your mental toughness. My legs were telling me to stop but my mind was telling me to push as we are almost there! The mind won and so did I in the end! I would say also, DON’T come to any battle unprepared and unarmed! Train for it whatever distance you’ve signed up or you will surely become a fatality.

Team RunFree CDO and some friends and adopted members :). These are a bunch of trail warriors!

So yes! I am a certified Trail Running Ultra marathoner and proud of it. There are times that I would hesitate sharing because too many men and women in the community are way tougher and have achieved so much in this sport but I realized that great experiences is worth sharing. You’ll never know who you are inspiring with your story. Looking back, I am still in awe at how the hell did I surpass that! I thank God for the strength, for His guidance and protection while we were fighting through difficult and injury prone trails. Indeed, your body is stronger than you think it is!

The coach – thanks to this guy for patiently mentoring and for the guidance, for being strict with compliance and making things work despite the distance (he is not in CDO) so online coaching much! This photo was taken at his recent 107km Trail Run race in Nan Thailand! Heard about walking the talk? yep, that’s him!

This journey wouldn’t be possible without the support of my amazing team RunFree CDO! Very proud of this team! Everyone finished that grueling race and earned their grand slam! You guys are truly warriors! Thank you for the push. And of course, to the coach Celso Callo – the seasoned Ultra Trail Runner who generously shared his knowledge to the team. You’ve done so much for us. Thank you for personally guiding me making sure I come to my races (42km and 50km) armed and prepared both physically and mentally. All the trainings, the follow ups paid off! I owe you one!

To all finishers of the Mapawa Trail Series my big salute! That wasn’t easy! And to those who failed to finish, go back next year, stronger and more prepared! Congratulations again everyone! And to the organizers, the volunteers, marshals, Raceyaya, and RD Thumbie, thank you for putting up a great series and congratulations as well to the success of this year’s Mapawa Trail Run Series. Til next time!

Ditch The Stress Away on #NationalPamperingDay

Ditch the DIY and #SwitchtoHeySugar

Back at the Gym – Back Workout Routines

5 Reasons Why Workout Is Better with a...

A Recent Photo Of Me

wow! bravo you! that sure looks like a tough trail with those hills and etc. do you get a new pair of shoes after every grand slam? 😀

Joy at The Joyous Living

First of all, I would like to congratulate you for winning as a grand slam finisher from the run. Lastly, I can feel your happiness in achieving your goal and for getting a chance to meet your friends in one community. I can say that it was a successful and great event.

Congratulations. I’ve run half a dozen full marathons and always had a half hearted dream of Ironman but I just don’t think I’m into it enough. Lol

So you are into very EPIC running activities I see! This must be so challenging on one hand and so regenerating and satisfying on the other. What’s your next challenging race?

Wow mommy ka bongga! Congratulations on everything — your fitness and everything you have achieved. You are a fitspiration. I just dunno when I want to do this — or at least part of this. haha

Hey world! I am Em your lady soda. A trail runner and a fitness enthusiast. My love for Fitness grew over the years that from lifting weights at the gym and doing strength trainings, I cross-trained and learned to love running too! I’m more inclined into trail running and have been joining marathons whenever I can. I would like to be of a good influence to every woman out there. I would love to encourage them to choose to be more active and make that lifestyle change and be their best fit version! Live a balanced life, physically, emotionally, and spiritually. And oh! I still loves shoes, bags and clothes! Cakes and chocolates are my comfort food. 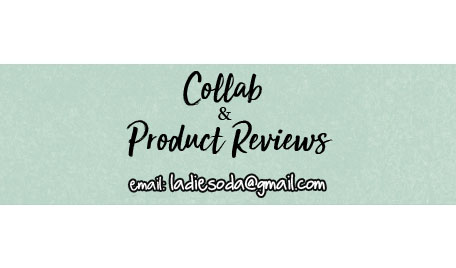